FOREWORD TO THE LEGACY
By Ernie Gonzalez, Alienware since 99’

Step into a time portal with us – set the year for October 15, 1996. Until this day, there wasn’t a true computer dedicated to serving PC gamers that existed on the marketplace. Yet, wildly popular titles like Doom (1993), Civilizations II (1996) and Quake (1996) had rallied together a community of game enthusiasts and passionate techies enthralled in what the early days of PC gaming had to offer. 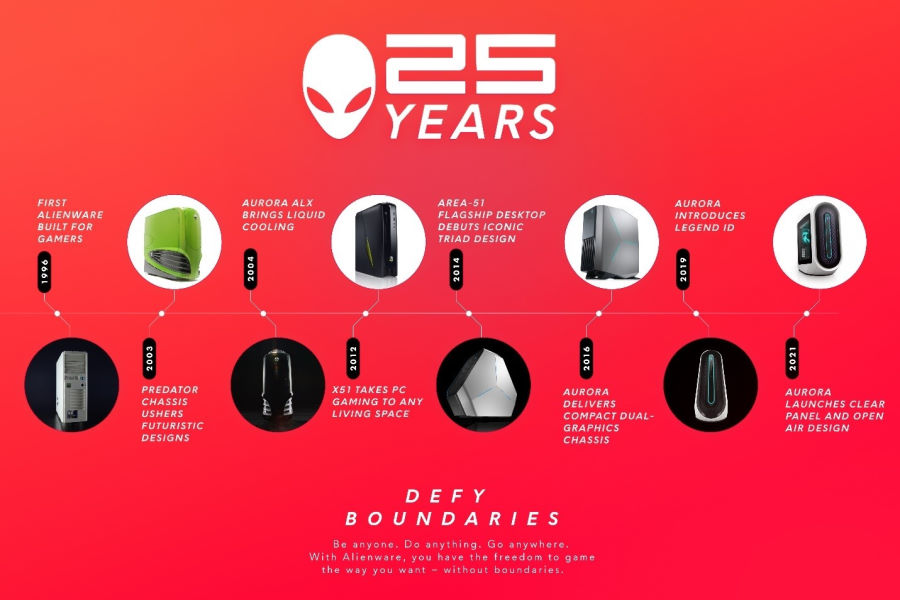 Inside a garage near Miami, two friends were busy day and night digging through crates of loose components and swapping them in and out of beige rectangular PC builds (considered ancient relics by today’s standards) like mad scientists trying to perfect their secret formula. Only few ever-set foot inside this DIY chop-shop as it was off-limits to protect to the integrity of the project, like that of a (un)known location in the Nevada desert. It was here on Oct 15, 1996 that marked the launchpad for a daring new company with the vision of building custom, high-performance gaming computers for gamers everywhere. Today, as Alienware prepares to celebrate our milestone 25th anniversary, we are excited to pull back the curtain on another achievement.

Alienware Aurora, our flagship desktop that pioneered the liquid-cooling movement, stood as a symbol of innovation when it was introduced in 2004 (recognized as the Aurora ALX back then) and has since become the mid-tower desktop of choice for the world’s best esports players in the most demanding, high-stakes tournaments. Today, innovation continues to drive its most evolved form: introducing the redesigned Alienware Aurora, the pinnacle of Alienware desktop experiences. 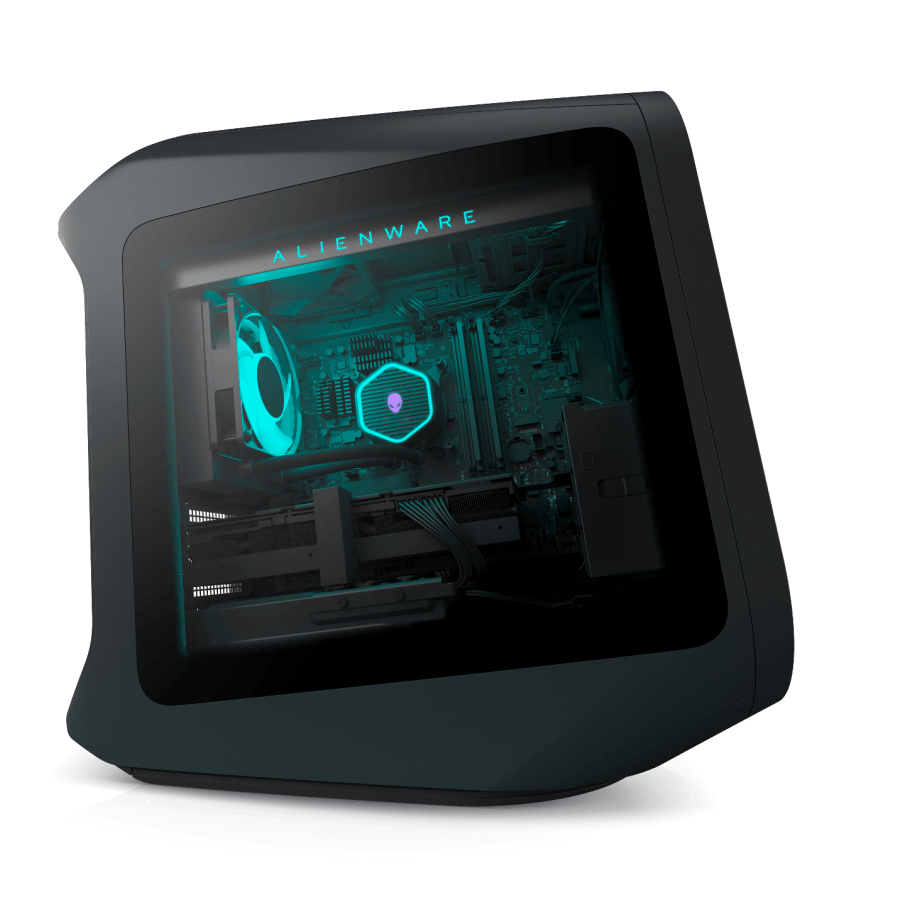 The meticulous internal cable-management makes the internal view beautiful while reducing the obstruction of internal airflow.

In 2021, you’ve seen us make some radical upgrades to our Alienware family. From unveiling the world’s first gaming laptop designed in collaboration with CHERRY MX to debuting the brand-new X-Series family — our thinnest 15” and 17” laptops to date. While our laptop portfolio has received a massive overhaul, you may have begun to wonder what lies ahead for our beloved Alienware Aurora desktop. Let your mind at ease because we have an answer.

While the above graphics likely tipped you off to some easily noticeable exterior advancements, we’re going to walk you down the designer’s journey which began as a redesign from the inside-out. But why did they start here? Simply stated, the genesis of Alienware desktops is our customer feedback. The new Alienware Aurora debuts an open-air design that reorganizes its inner components to promote better accessibility, greater airflow, improved acoustics, and cleaner cable management–enriching the gaming experience in every possible way.

This new open-air design increases internal chassis volume by a whopping 50% without significantly expanding the overall footprint of the chassis. The result is more efficient total airflow and reduced acoustic profile that provides gamers with a more enjoyable daily experience. All while providing a 5% increase in graphics performance. 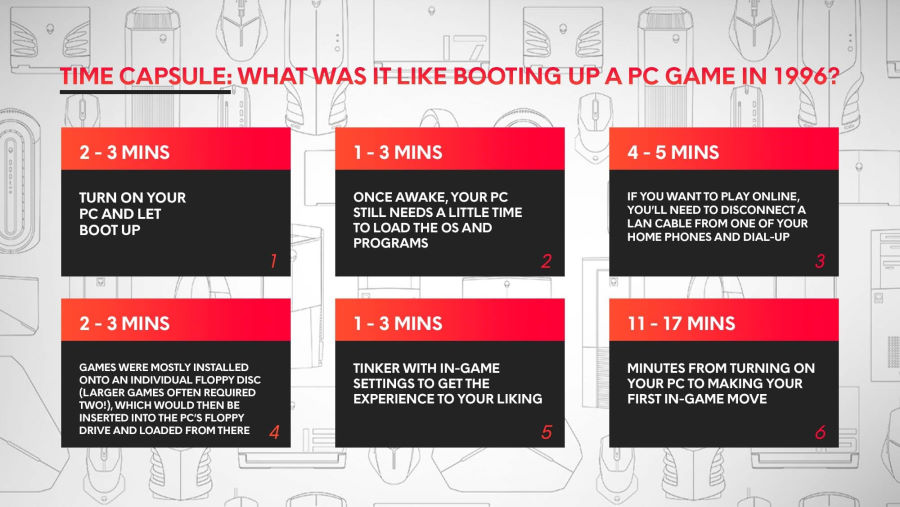 Let’s dial-in on airflow for a second, because freeing up all this space is a gamechanger, but it doesn’t directly equate to better airflow. That’s where a robust new thermal design comes into picture. Now supporting up to four 120mm fans and liquid cooling options, the new Aurora takes full advantage of the open-air design to keep your rig performing cooler through the most-intense gaming sessions.

The Aurora answers the call for higher airflow efficiency by intaking cool air through the honeycomb-shaped airways on the front of the desktop moving it across the motherboard and performance components before evacuating it out the backside of the chassis.

By now you’ve heard us mention improvements to acoustics a few times, but that seems a bit hard to believe after hearing the big improvements we’ve made to our thermal architecture. So, what gives? Well it’s made possible partly by our increased chassis volume and partly by an idea that might seem counter-intuitive: more fans working efficiently can help a desktop stay not just cooler, but quieter. Gen-over-gen, the new Aurora is up to 16% quieter at idle, up to 9% quieter during CPU intensive tasks, and up to 15% quieter during overclocking. The end result for gamers means that during quiet character conversations and other mellow scenarios, you’ll stay focused on what’s happening on the screen, undeterred by the muted symphony operating inside the chassis.

CHPTER 3: Where the Soul meets Body 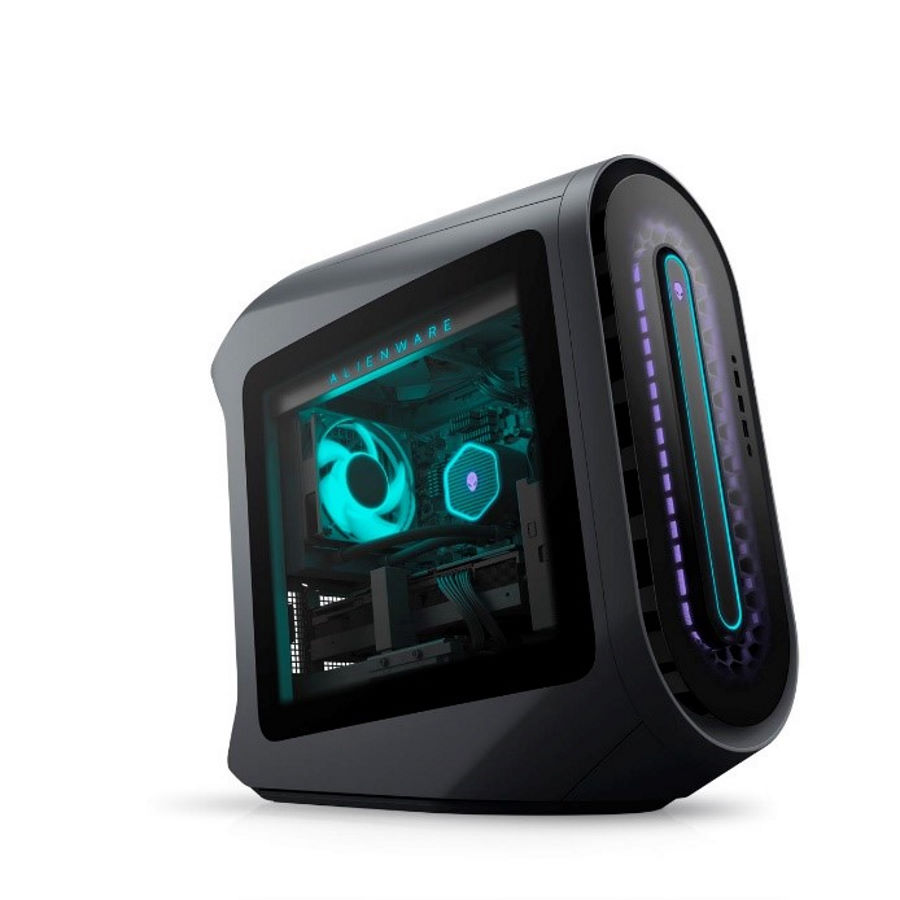 Panning outwards toward the exterior of the chassis, our inside-out design journey finds its way to the grand finale. Expressive curves and an iconic sculpted shape reveal a 360 design that makes the new Aurora look fantastic from all angles on both Lunar Light and Dark Side of the Moon color options.

For the first time, Alienware is offering an optional transparent left-side panel that provides a window for gamers to gaze inside and admire a dark new motherboard illuminated by up to eight unique zones of AlienFX customizable lighting. Also new is an optional, magnetic, cable cover that neatly stows cables and conceals ports on the rear side. (Fun fact: we designed this with esports in mind, as athletes’ systems are often viewed from the back during broadcasts.)

All the way around, the powerful machine was carefully crafted so it looks just as good from the rear as it does from the front. And finally, our new chassis also allows the opposite right-side door to be removed with cable management features intended to mechanically and thermally isolate the wires from areas where airflow is crucial. All of which combine to make this our most accessible desktop to date with tool-less entry from each angle. 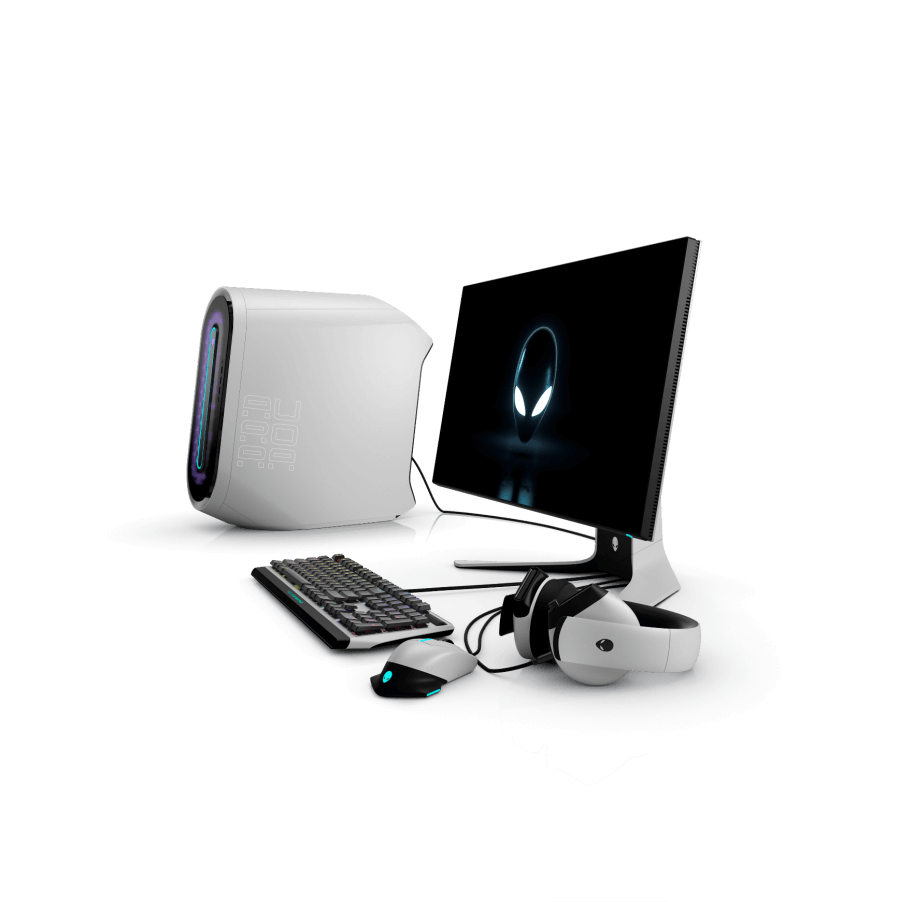