At a developer presentation, Huawei unveiled a new version of its own EMUI 11 shell and a new operating system. As part of the presentation, the new features of EMUI 11 were shown. In version 11, special attention was paid to new design solutions, work with multitasking devices and increasing the level of privacy of user data.

After the conducted studies, which included the study of user behavior and the movement of their eyes when working with a smartphone, it was decided to change all the shell animations.

In addition, the layout of the main objects has changed, now most of the regularly used elements have moved closer to the center of the screen. This makes it easier for smartphone owners to follow what is happening on the display.

All Huawei owners with an AMOLED matrix can now install new screensavers, including animated ones, in addition to the standard Always-on-Display clock.

At the same time, manual customization of elements is available, which allows you to independently change the position of objects on the screen and their color gamut.

An interesting feature of the shell is the revision of the vibration motor algorithms. Now, during a call or receiving a notification, the phone vibrates to the beat of the music or ringtone, creating a sense of the integrity of different elements of the smartphone.

Much attention was paid to the multitasking function of the phone. Now owners of devices with a large screen can open 3 windows at once.

Applications in multitasking work faster, there are new opportunities for interaction between them. It has become easier to copy data between windows.

The developers at Huawei have done a special job on the safety of their users. Now applications will only be able to use the camera and microphone after notifying the user.

The Notes application can optionally be closed with a password or fingerprint. All photos that are stored on the phone or sent from it are now automatically deprived of EXIF files, including data about the smartphone model. 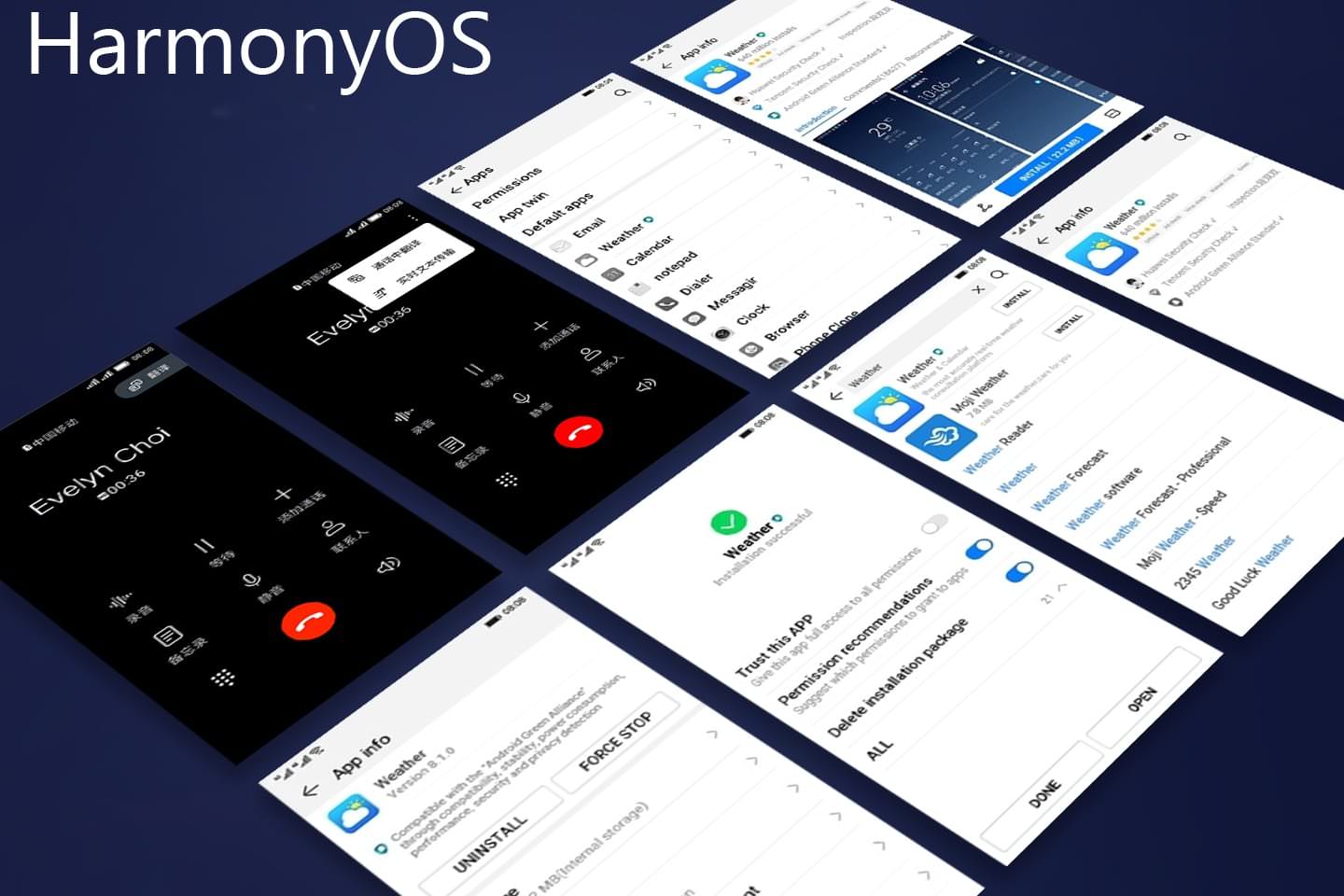 As part of the presentation, a new revision of its own operating system HarmonyOS was shown. It is developed by Huawei itself and does not use technology from other companies.

CEO Wang Chenglu said that the move away from Android could potentially bring more benefits to the company’s consumers than negative.

Already, on HarmonyOS, you can perform all everyday tasks, and at this stage, a large-scale development of our own applications for the platform is being carried out. The company’s transition from Android to HarmonyOS is a matter of time, which depends on the speed of porting the software.

Another feature of HarmonyOS is the ability to install it on a variety of peripherals. This allows to increase the overall performance, since the power is now evenly distributed between different gadgets and does not depend on the speed of a particular terminal.

After political troubles with the US government, Huawei is experiencing some difficulties with its mobile devices. At the moment, the Chinese company cannot use Google software, except for Android, which has a different licensing procedure.