UEFI boot is a new generation program that will speed up computer boot up and is similar in structure to BIOS. BIOS is a pre-program (code that is embedded into the computer’s motherboard). It starts before the operating system boots, checking the health of the computer and debugging the hardware (drivers). UEFI, in contrast to the usual BIOS-a, is a graphical interface, flexibly programmed and really allows you to start the OS faster.

The preprogram is located on top of the entire hardware filling of the computer, and its code, which is much larger than the BIOS in size, can physically be located anywhere – in the memory chip on the motherboard, on the hard disk or in the network storage. Thanks to this, it resembles an operating system, only in a simplified version. When the computer starts, the UEFI service is loaded first, checking all the components of the latter, and then the operating system itself. 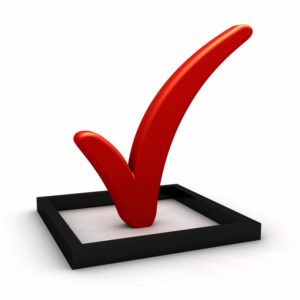 As for UEFI Secure Boot, this is a way of protecting against the launch of non-licensed code in advance by the developers. It does not allow virus programs to replace the bootloader, and when used by Microsoft, it saves you from a pirated version of the OS. However, most often this mode is disabled by default, or for some reason users have to disable it on their own.

Currently, UEFI is presented as a separate part of the standard BIOS, but computers with motherboards are already being released, where the opposite is true – the BIOS is considered an additional module to UEFI. 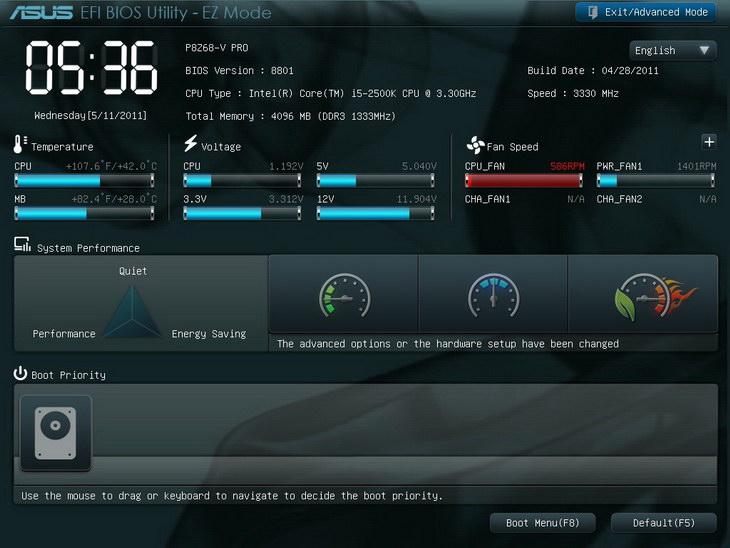 Difference between UEFI and BIOS

The GPT partition was created specifically to make it less problematic to work with disks of 2 TB or more. In addition, when setting up the operating system for the first time, you can partition the disk into any number of partitions, which was previously impossible. The previous markup method – MBR is not compatible with uefi and work with it is possible only with the optional CSM (Compatibility Support Module) extension.

The shell module (not available on all laptops) “allows” control of user applications directly in UEFI mode. As mentioned, UEFI is like a standalone operating system, even with network driver support. The program specification “allows” the use of drivers for UEFI using the OS, for example, if the main operating system does not have a network driver or does not work.

If you plan to multiboot, you do not have to install a specialized boot manager. You can independently add new sections to the menu, where there is a list of all disks and flash drives. Thus, it is possible to run the Linux kernel without using a bootloader or to install both Windows and Linux on the same device.

Secure Boot does not negate this option for Windows 8 users. All devices have the ability to disable this mode, except for ARM tablets, where Win 8 was installed as the standard OS. Protected mode prevents unsigned code from being used even when the operating system is running, so malicious Trojans will not infiltrate either Windows or Linux. However, if an attacker has physical access to the PC, he can almost always replace the license keys with his own. 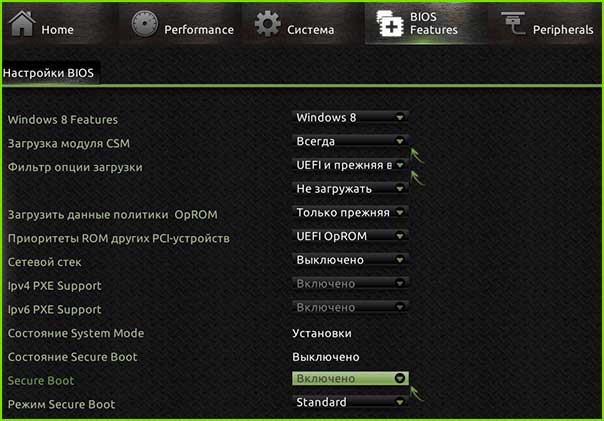 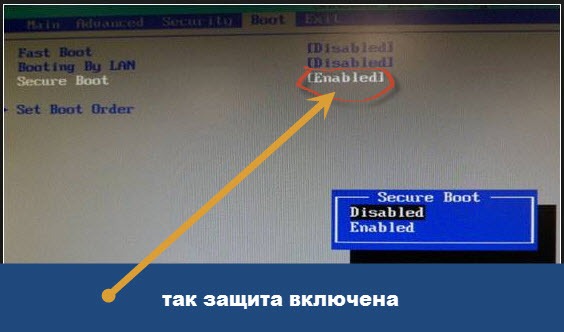 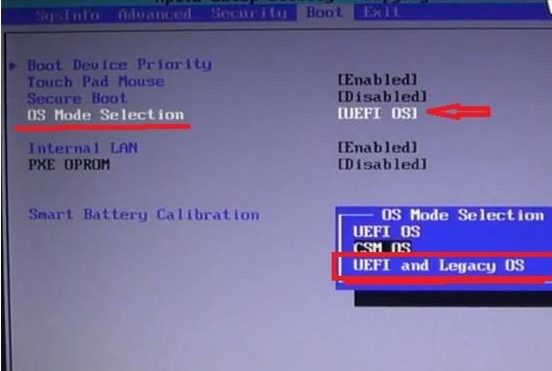 Installing windows via BIOS is radically different from installing via UEFI. The first step is to create a bootable USB stick. One of the most suitable programs for such purposes is the Rufus 1.4.6 utility. It is free, does not require installation, and therefore does not take up much space on your hard drive or removable media. Importantly, it is suitable for hard disk GPT partitioning and can work with the UEFI specification. A suitable utility update can be downloaded from the official developer website.

Run the utility and specify the name of the flash drive intended for installation (you first need to delete important files by clearing memory). In the “File system” item, select FAT 32, then as the partition scheme – GPT (GUID Partition Table), the system interface – UEFI. Check the box next to “Create a bootable disk using:”, select ISO Image next to it and specify the full path to the ISO image of the Windows operating system. 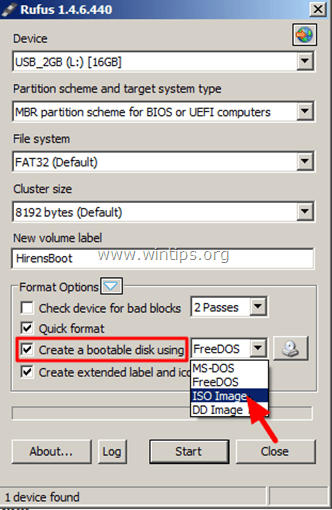 After entering all the described parameters, you can click on “Start” and the program will independently prepare the flash drive for loading the OS. The time taken for this process depends on the speed of your computer and the USB generation.

If the Rufus utility does not work for you, or if you have problems loading UEFI, you can use a completely similar program called WinSetupFromUSB.

The download is also available on the manufacturer’s website, and its name (translated “Booting Windows from USB”) speaks for itself. A bootable flash drive is created in a completely similar way, since the programs have almost the same interface.

Booting UEFI and preparing for installation

Setting up UEFI is similar to setting up a BIOS. Restart the PC, and as soon as it starts to boot, press the F2 key (or Delete, it depends on which motherboard is installed, you can only check empirically). The control menu will open.

Press the F7 button and select the “Advanced” subsection. In the “boot” or “startup” tab, select the “USB support” function and set the item “Full initialization” there.

In the Download tab, “Compatibility Support Module” is selected and marked “enabled”. It will not be superfluous to click on additional links and find the line “boot device settings”, where you select “only uefi” (only uefi).

This precaution protects against accidental use of media that does not support your specification. In the entry “booting from media (or storage devices)”, you should mark “both, uefi first” (both, but uefi first).

Now go back to the main menu and check the priority of the boot devices. The flash drive is selected first, then the hard drive. Save the specified parameters by pressing the F10 button, then – Enter and wait for the computer to boot.

After completing all of the above, you can install the operating system in your usual way.

Troubleshooting an error in Windows 8.1

If after installing windows or after upgrading to 8.1, a notification appears in the right corner of the monitor that the secure boot is incorrectly adjusted.

On most computers, the problem is solved by going to the uefi menu and enabling the “Secure boot” mode in the BIOS.

In the event that your BIOS version does not have an option to enable / disable secure boot, you need to download an update for version 8.1 from the official Microsoft web page. It is located there under the number KB 2902864 and is valid for both 32-bit systems and 64-bit ones.

After downloading and installing the update, the computer will restart and no more error notifications will appear. 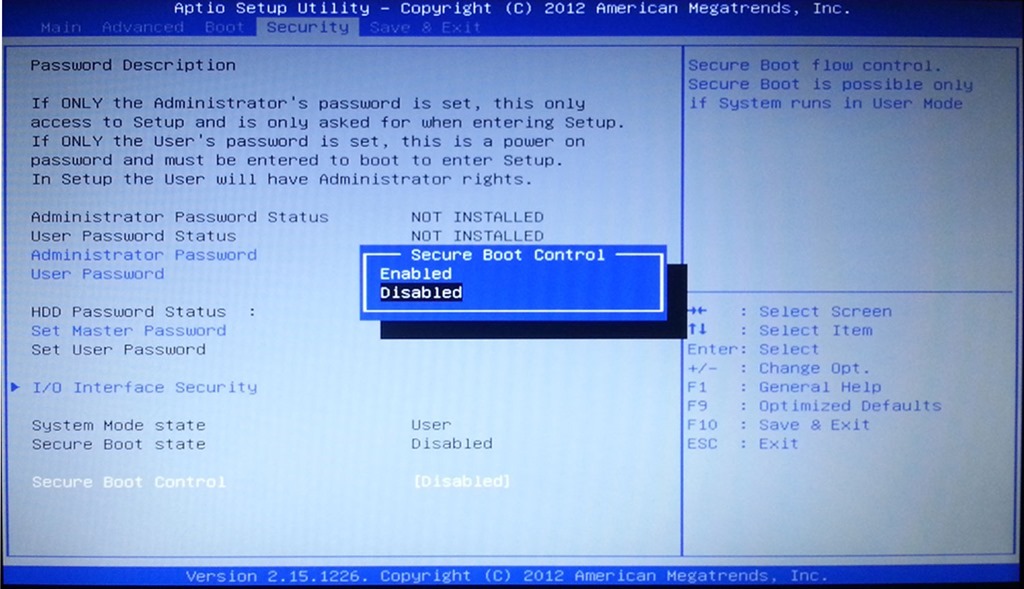 How do I disable UEFI?

If you are running XP or Ubuntu instead of Windows 7-8-10, UEFI mode can cause problems when starting the OS from a disk or flash card. The best solution is to disable this mode.

If the version of the operating system is not suitable, go to BIOS using F2 or Delete, as suggested above. There may be other options for the keys, most often the desired button is indicated at the bottom of the home screen when you turn on the PC.

The described instruction is intended for ASUS notebooks, but for other brands the algorithm is the same, the difference is in which key you need to press when starting the computer.

How to find out if Safe Start is enabled?

This option is suitable for the eighth and tenth versions of Windows. Press the Windows + R buttons and in the resulting window enter the command “msinfo32” (without quotes). Press the Enter button.

In the window that appears, on the left, select the “System Information” section, and on the right, find the “Secure Boot Status” line. The “Value” column shows whether the feature in question is enabled or disabled. 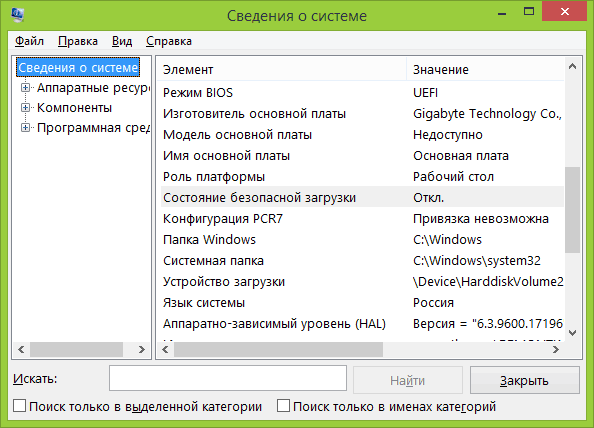