NASA has successfully launched an Atlas-5 launch vehicle into space, which carries the Perseverance rover, which means Persistence, and a compact Ingenuity helicopter. The mission of the automated self-propelled device is very complex. NASA’s Perseverance rover will seek life on Mars from February 2021. Before that, he will have to move for 7 months in outer space towards Mars.

Perseverance is implemented on the same platform as the Curiosity rover currently operating on the surface of Mars.

Finding organic compounds that will indicate the presence of microorganisms in the past and present is the main task of the new rover. Monitoring and studying the climate of Mars is a secondary task. The task is for the rover to try to synthesize oxygen from the atmosphere.

Another rather important task is the selection of soil samples from the red planet. Samples mined by the rover NASA plans to study on Earth. To do this, in 2026, a new device will be launched, which will be able to transfer these samples back to the hands of “earthlings” in the future. 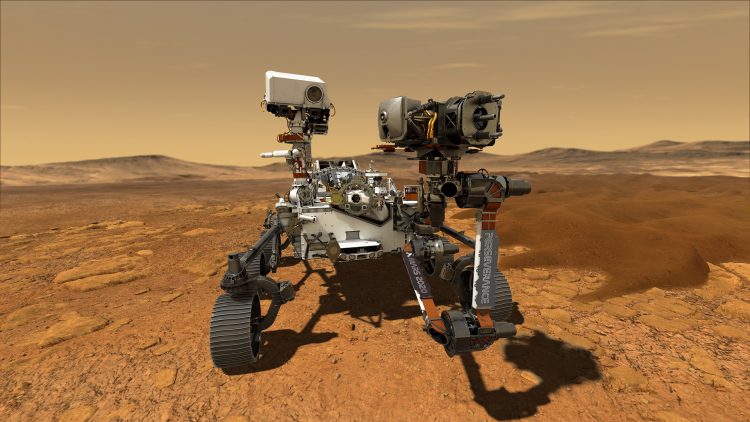 The new mission has a lot of secondary tasks that, in the future, NASA will do well. For example, samples of materials that in the future will be used in the production of spacesuits for manned missions to the Moon, and in the future to Mars, are now being sent to Mars along with a rover. The properties of materials must show the required parameters of lightness, strength and heat resistance. This will allow future astronauts to be protected from the harsh Martian conditions.

The following materials were sent as such:

But the Ingenuity helicopter is sent to Mars with a more “mundane” purpose. In general, the mission of the apparatus is to test the possibility of flying and using such helicopters over the surface of the planet. If the helicopter ends up on an alien planet and successfully completes its flight, it will become the first controlled vehicle to make an atmospheric flight not on its native “Earth”. If flying becomes the norm, Ingenuity’s next task will be atmospheric reconnaissance for the Perseverance rover.

The arrival of two research vehicles on the red planet is scheduled for February 18, 2021. NASA will “plant” them in the Jezero crater, since in the distant past this place was a river delta.

A heat shield will help the aggregates to get to the surface of Mars, then a parachute and in the final cycle the Sky Crane will help. The latter is a special platform with several rocket-powered engines. This platform will hover over the crater and lower the vehicles to the surface using cables.

NASA expects to operate the devices within the missions for 12 months. If operating conditions are favorable, then the devices can continue to do their job further.